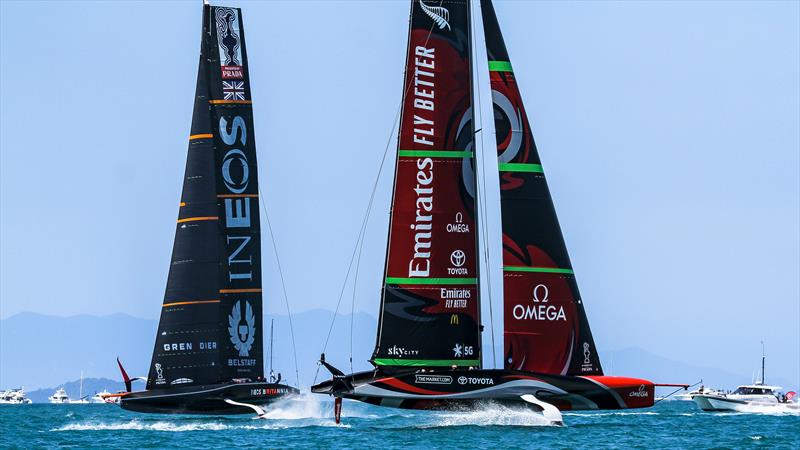 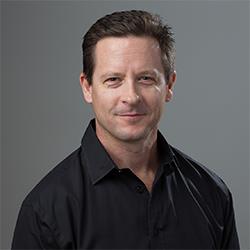 Born in Cork and resident of New York, Marcus Spillane believes Ireland needs to broaden its thinking on the organization of the America’s Cup.

Spillane, director of World Sailing, the world’s sports governing body, notes that the Ryder Cup will be held in Adare, in neighboring County Limerick, in 2027 – a few years after the scheduled America’s Cup dates in 2023 / 24.

He believes that linking the prestigious golf tournament to the 2024 America’s Cup regatta is a “great opportunity to capitalize on both events – so that one helps the other and makes it a showcase for Ireland. , as we come out of COVID “.

America’s Cup and Ryder Cup events are also part of the Global 2025 strategy, launched in 2018, and now promoted by Foreign Secretary Simon Coveney to expand Ireland’s global footprint and reconnect with it. the diaspora of 70 million people around the world who claim to be of Irish descent.

In recent days, Spillane said he has been contacted by people asking him why the America’s Cup bid, in which Ireland was seen as the preferred candidate, was plunged into a doldrums by bureaucrats.

“I say we have to be more ambitious,” Spillane told Sail-World from New York. “We really have to think about how we position ourselves in the world. We have to be credible with those who see Ireland as a good place to come and negotiate. [for the Cup hosting] and not be left at the altar at the last minute. ”

“My point is just to say – this is a global event. Of course, 150 million euros is a lot of money, but it’s up to us to make the most of it and make a comeback. There is no doubt that if you do it right, you can make a comeback. ”

“We have to look at it with a positive attitude rather than unambitious, overpriced ambition, and we don’t know if that’s a good use of treasury funds, thinking.”

Former class president and competitor of the 49er Olympic class, Spillane. was elected late last year as one of seven vice-presidents in a top-level cleanse of the world’s sport governing body.

Trained as a chartered accountant, he specializes in entrepreneurship, business strategy and the development of his professional life.

“Cork is perfectly suited for this America’s Cup, and not just for timing reasons,” said Spillane. “Some of the developments that have taken place in the port over the past ten years mean that there are perfect configurations if Cork has been selected.

“Part of the 150 million euros [Cup hosting price tag] is already assigned to infrastructure modernization projects that would form part of the America’s Cup. Yes, they would be accelerated, but the expenses are already there in the plan. ”

“It’s no different, I guess some of the carry-on baggage in New Zealand [over the cost of the infrastructure for the 2021 America’s Cup]. ”

“The only people who can oppose it are the people who suffer from it – the people on the pitch in Ireland, who think the America’s Cup would be a phenomenal event.

After seeing media reports that the site selection process was going into overtime, Spillane said the Irish bid team should focus on “taking the next six weeks to get the most out of it. Let’s try to get the guy. information from the Sports Department wants. Let’s give them all we can. ”

“Part of the problem in Ireland is the perception that this is an elite sailing and yachting regatta. What they lack is that the America’s Cup is much more than a world event. sailing.

“But that’s not the offer we’re selling – that is, it’s two years in advance. The teams that come to Cork, live there, train there and watch the site. , and the things you can get from the America’s Cup side, rather than the sail itself. ”

“There is a bit of education to be done there in my opinion,” he added.

Most of the last minute issues with Irish indecision seem to be embedded in the nation’s political mix. The largest party, the left-wing Sinn Fein party, is neutralized in the political process by a coalition of two center-right parties and the Greens.

“Sinn Fein considers the America’s Cup to be an elite competition, but I think they are smart enough to realize that it is a practical etiquette for them and that the America’s Cup is an event that could be. exploited. But it’s okay with them in their constituency to label it in a certain way. ”

“Part of the challenge of the final leg over the past few weeks has been to make people understand that the America’s Cup is a global sporting event.”

In his role as President of the 49er, 49erFX and Nacra 17 classes, Spillane was in Auckland for the Combined Three Olympic Classes World Championships in Auckland in December 2019. Emirates Team New Zealand was sailing its first AC75 among the three Olympic classes on the Waitemata Harbor was a common sight.

When asked to overlay this view of the AC75 cruising over the bottom of Cork Harbor, Spillane replied, “I think that would be great! I know the areas of the course where they plan to run, and it would be really spectacular. ”

Spillane says it was “gutted” to see the impact COVID has had on the 2021 America’s Cup regattas held in Auckland. “It doesn’t help when you try to sell the population on the next round. But if it was to be somewhere else, I say Cork would be a magical place.”

“Ireland and New Zealand share a lot of similarities. Cork would be a good second option for New Zealand if they couldn’t hold it in Auckland. I’m not in the Irish bid, but I am would love to see him go! ”

“We must encourage our politicians to think bigger,” he concluded.

Spillane says that in recent days he has been contacted by people asking him why the America’s Cup bid, who was seen as the preferred candidate, has been dragged into the doldrums by bureaucrats.

“I’m saying Ireland needs to be more ambitious. We need to think about how we position ourselves in the world. We need to be credible with those who see Ireland as a good place to come and negotiate [for the Cup hosting] and not be left at the altar at the last minute. ”

“My point is just to say – this is a global event. Of course, 150 million euros is a lot of money, but it’s up to us to make the most of it and make a comeback. There is no doubt that if you do it right, you can make a comeback. ”

“We have to look at it with a positive attitude rather than with a ‘no ambition, too costly, and we don’t know if that’s a good use of treasury funds,’ type of thinking.”

On the sidelines of Spillane’s comments, the Irish Examiner reports that “Ireland should be informed today that a team of international regatta experts are ready to provide any advice or guidance the state may require.”

In New Zealand, the incumbents, Emirates Team New Zealand and Royal New Zealand Yacht Squadron, have announced that they are extending the review process for site accommodation offers. No new date has been set. The main reason for the extension is that the country has been stranded by COVID-19 for five weeks. Like all non-essential businesses, the team must isolate themselves at home and cannot meet face to face.

The team are also hoping to get some isolation and quarantine spaces managed in Monday’s poll, so two team members can leave New Zealand with the certainty of being allowed to return. The intention is that the team can check the match venues and the proposed arrangements before making a decision regarding the venue.

Currently, there is no exit strategy from the border closure policy imposed by the New Zealand government. Most international sports tours are canceled, the latest being the men’s hockey team, which today canceled all tours until at least June 2022 due to being unable to return to New Zealand due to the shortage of MIQ places that line up precisely. with greatly reduced flight schedules.