Manahawkin’s Pete Machotka had an extremely impressive performance on Saturday to win his first Clam Jam with his partner Royce Weber. (Photos by Jim Givas)

Royce Weber, who grew up in Surf City, and Pete Machotka from Manahawkin met at Southern Regional Middle School about 18 years ago and have been good friends ever since. And as a team, they just won the Jetty Clam Jam together on Saturday.

The contest, held on 68th Street Beach in Brant Beach, was the 15th annual contest. Throughout the history of the event, the format has remained true to the tradition of pairing up teams at random. The initial goal was to bring the surf community together, what this event and all of Jetty’s events did.

The names of all the competitors are inscribed on a clam shell and divided into two groups determined by the median age of the surfers. This year that average age was 32, so Weber, 33, and Machotka, 31, came together as a team. Weber is a certified public accountant. Machotka, a father of two, works for the Ocean County Utilities Authority.

â€œNone of us had surfed this long then, but I remember he was a world-class junior sailor and already had ox-sized legs,â€ Machotka said. laughing. “We then took classes together at Stockton and studied at How You Brewin ‘, then surfed in the worst of the worst conditions and see who could land the most aerial setbacks.”

Weber, who won the Clam Jam for the second year in a row and a third time overall, laughs at some of the same memories.

“Yes. I really got to know Pete when we were making our way through a financial accounting class. We would try not to miss too many classes for the ankle-high waves. Since then, we’ve grown closer and closer and closer. I’m lucky to have him as a good friend because he’s such a great guy. 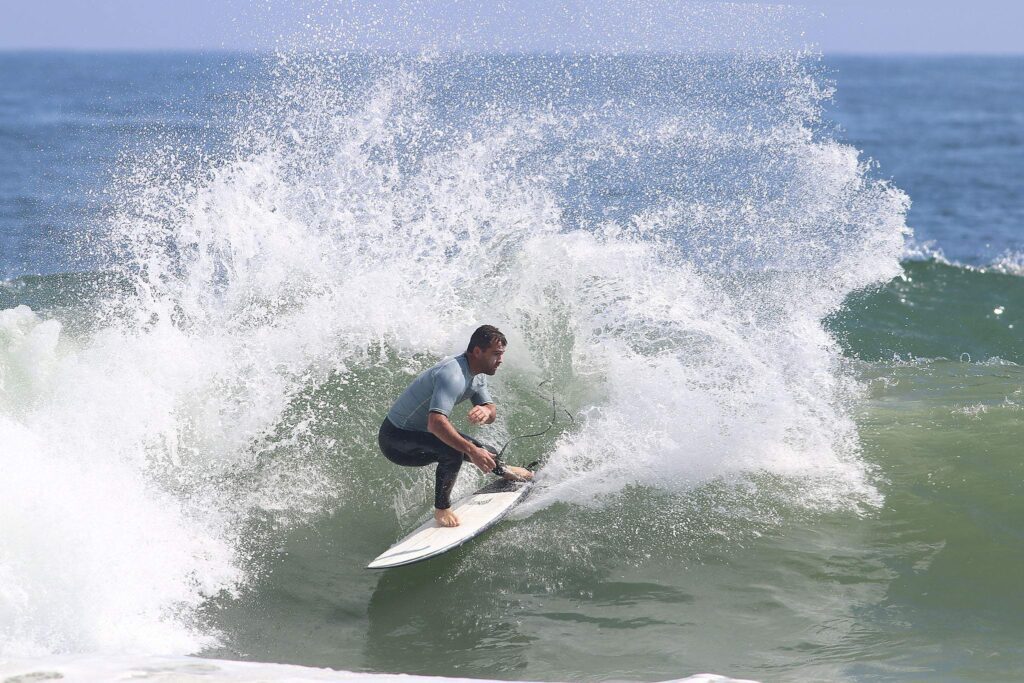 This year’s Clam Jam was considered a huge success by everyone involved, mainly because of the weekend it fell. This competition is â€œon callâ€, which means that Jetty waits for a Saturday or Sunday with favorable conditions before making the decision to hold the event. This was the first time the Clam Jam had taken place in September, and the combination of a hot day, a fun wave and warm water was well received by surfers, their friends and families.

The first possible weekend for the Clam Jam was September 11-12. Jetty’s event directors had a tough decision not to hold the event this weekend with the very severe swell from powerful Hurricane Larry. But they made the right decision, as that first weekend turned out to be closed surf and strong southerly winds.

When an area of â€‹â€‹low pressure developed in the Atlantic last week and then became Hurricane Odette in a very favorable position for LBI on Friday, everything fell into place to make the call for last Saturday.

The swell size exceeded expectations, with head-level waves and occasional aerial sets. The wind was blowing from the north / northwest most of the day, creating generally clean conditions. The sandbanks were still in good condition since the summer. And while the midday low tide was tricky, it was still decent, providing some of the best Clam Jam conditions all around. The ocean was also 70 degrees, and surfers and their families and other spectators were able to swim and soak up the sun.

â€œWhat surprised me is the fact that there has never been a lull during the day,â€ said Machotka, who surfs for Jetty and has participated in every Clam Jam since the age 16. â€œAlmost every past Jam, even the most epic, had a bad tide window where you had multiple runs with almost no surfable waves. This year it never happened and in fact it just kept getting more and more fun throughout the day.

The day started with 96 surfers and pumping waves. Each surfer’s top wave was added up for their heat total.

This year, Jetty has taken the technology a step further by creating a specific Clam Jam app that has all the heat. Not only would competitors be able to follow along to see when they next surf, but all scores are live on Clamjam.jettylife.com.

Highlights from the start of the tour included a dazzling round house sculpture by Jamie Whitesell of Harvey Cedars, who continues to be one of the most dangerous surfers in Clam Jam, at the age of 51. Hugh Shields from Barnegat Light, who’s been there. a rear barrel and excellent surf from Pat Emery, Josh Law and Connor Willem.

Bob Selfridge, 57, who is an EMT from Barnegat Light and one of the few competitors to longboard, also looked great all day. Longboards and shortboards compete together at the Clam Jam. His last waves of the quarterfinals earned him a 4.5, the highest score in the Heat.

” I enjoyed it. The single wave scoring format really works to my advantage. I can sit in the back and pick up this voucher, â€Selfridge said.

Kenny Burkhardt of the Harvey Cedars Beach Patrol and Dan Al Daqa, professor of English at Stockton University, surfed extremely well all day. Every year there is a team of surfers who only participate in the Clam Jam, and their combination of regular footer and wacky footer has been consistent throughout the day. But in the semifinals, Weber and Machotka held them back by a total score of 15.17 to 8.94. 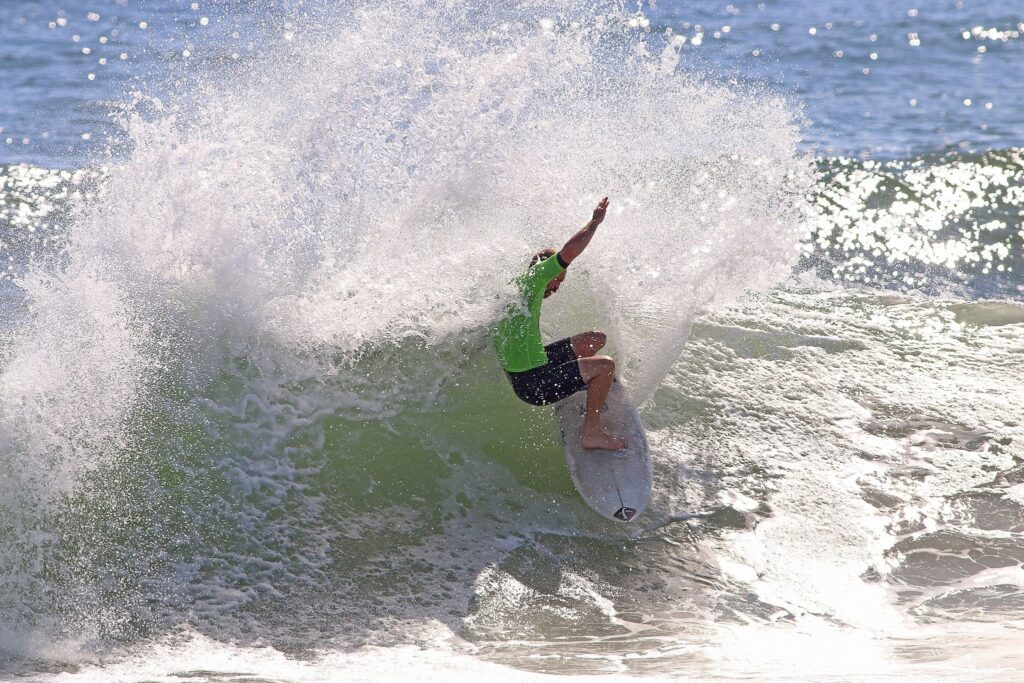 The semi-finals featured what many considered to be the best waves of the day. Willem, a lumber merchant, and Penella, a linesman for Atlantic City Electric, managed to beat Chris Castiglia, a pizza chef at Bird & Betty’s, and Selfridge by a score of 10.03 to 7.96. Willem, who has made several appearances in the semi-finals but hasn’t won since the first Clam Jam, grabbed attention all day with huge frontside corners.

The finals pitted Machotka and Weber against Penella and Willem.

â€œThe surf was starting to be a bit affected by the high tide right from the final. There were swirls and bigger shoulders, â€Machotka admitted. But that didn’t stop his attack.

Penella, the only regular surfer in the final, where the waves were mostly on the left, scored two respectable scores on his backhand, and Willem had another power stroke for a 6.93. But Weber and Machotka, a team many had chosen from the start, made it up. 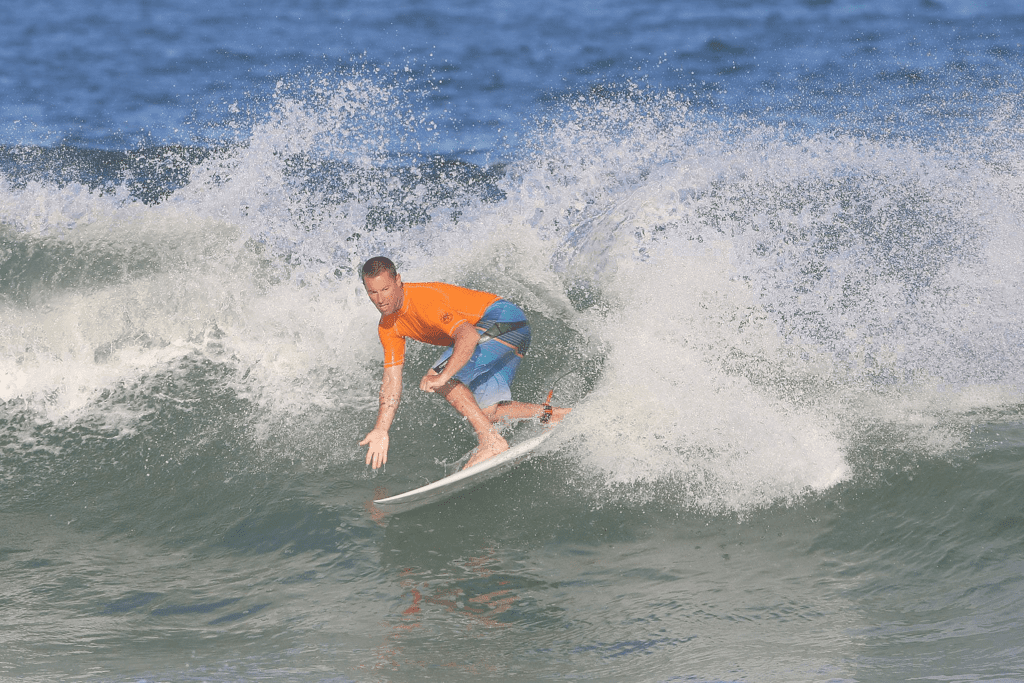 Jeff Penella on his first trip to the final. The only regular footer in the final, he surfed extremely well on his backhand.

â€œThat was pretty much everything Peter,â€ Weber said. â€œHe started the final with a pretty solid left bowl and made two good turns. “

Machotka’s turns were powerful all day, but the two he did on that wave got him a 7.30. He would go on to catch seven more waves, including good scores, but nothing to match that first.

Despite his credit deviation, Weber threw a huge turn up front for a 5.77. Machotka and Weber won 13.07 to 11.7 and hoisted the Clam Jam Trophy, created by local artist Joel Dramis 15 years ago. Most agreed that it was a long time coming for Machotka. Their names will appear on the trophy along with all past winners and can be seen at the Jetty Flagship store on Route 9 in Manahawkin.

â€œIt’s great that we had the opportunity to run in the window early,â€ said Machotka. â€œIt seems that when it gets pushed back, the call gets harder and harder to make and everyone’s patience starts to run out. It was a great day for the spectators, and the waves were super fun all dayâ€¦ perfect execution.