We’ve been waiting a year to exploit this header photo which – due to some confusion in the classification of thousands of shots and photographic images – had to be scanned from the November 1970 issue of Irish Yachting and Power Boating, the direct predecessor of Afloat Magazine and Afloat.ie.

But while there is still a certain contemporary twist to the energizing group photo of half a century or more ago, the cover of this obviously old periodical is indeed about a distant past, an evening of summer in Skerries where the Herons were still in the ascendant as a privileged junior class, and life moved on at a more reasonable pace in the picturesque illusion that we were entering an even more relaxed era known as the leisure age.

In a sense, we have. Except it turns out that 21st century hobbies are extremely hard work, lived at such a ferocious pace that we very quickly forget the details of what we just did as we prepare for the next grueling sport of relaxation. And so, something like a simple recording and a glimpse of what really happened quickly fades from collective memory on the mistaken assumption that someone needs to keep tabs on it all, a clear case that everyone’s business is nobody’s business.

So, you would be surprised how often organizers have to refer to entries on a silver trophy to verify the names of those who have already won it and when. In such circumstances, having a base event that provides a simple and recorded backbone of our sport’s progress has obvious appeal, even though sailing is a non-mechanical vehicle sport involving boats of many different types, and the contradictions inherent in expecting sailors to give their best in boats they do not usually sail would be quite blatant, were it not for the fact that in a surprising number of years the eventual winner is not the representative of the class in which the championship is contested.

The champion of our sailing champions, all of Ireland sailing? Our sailing community first ran with the idea 74 years ago. And while other countries have since come up with their own versions with varying levels of success that at times declined each year until fading, we simply kept the Helmsman’s Championship – as it was called when it opened in 1947 – on the road in one form or another. And now, with a junior championship traditionally being held a week in advance, it’s as much an established part of our lives as… well, Christmas. 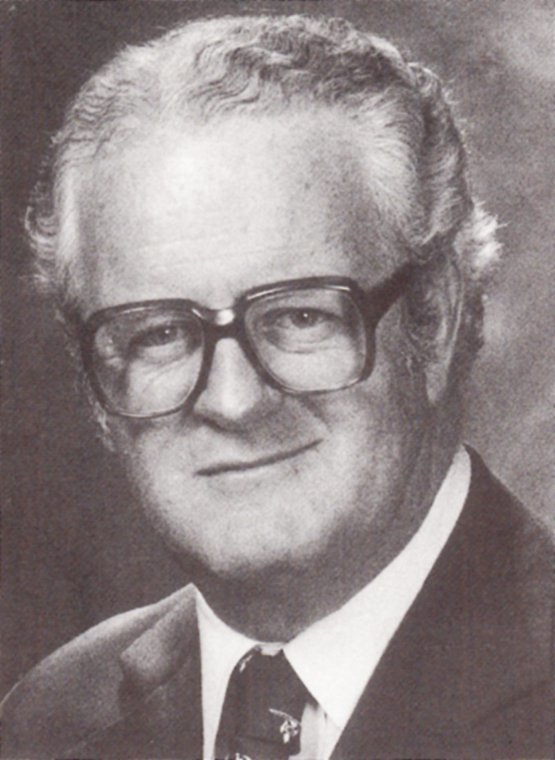 Clayton Love Jnr of Cork, champion coxswain in 1955 and 1960. He was instrumental in the transformation of the Irish Dinghy Racing Association into the Irish Yachting Association, and in 1966-67 he achieved the unification of the Royal Munster YC and Royal Cork YC in time for Royal Cork Millennium Quarter celebrations 1969-1970.

But while Christmas has undergone many mutations to reach its current version, the All-Ireland Helmsman’s Championship – in its senior and junior versions – is a highly focused affair of intense interest among those who have qualified to participate. and those who organize it, yet it never became the eye-catching spectacle some might expect.

Certainly, if the resources available to cover it with the kind of technological magic that people like Stan Honey and others have developed for international mega-events, there would be greater interest at the time. But that wouldn’t drag spectators onto the water as September turns into October and suddenly there’s a real pinch in the air, because all you need is access to a working screen and in a warm place to sit. 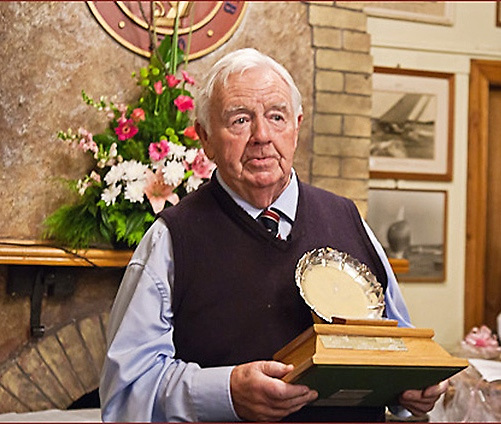 Ted Crosbie of Cork was the Helmsmans champion in 1950. Photo: Robert Bateman

Either way, it is very important for the Irish sailing community to know that every year the All-Ireland Sailing Championship takes place. So much so that at the start of last year, in the pre-pandemic era, everyone had assumed for years – in remarkable subconscious group spirit – that this would be the closing event of the tercentennial celebrations. from Royal Cork to Crosshaven, just like fifty years earlier, it had concluded the Millennium Quarter celebrations. 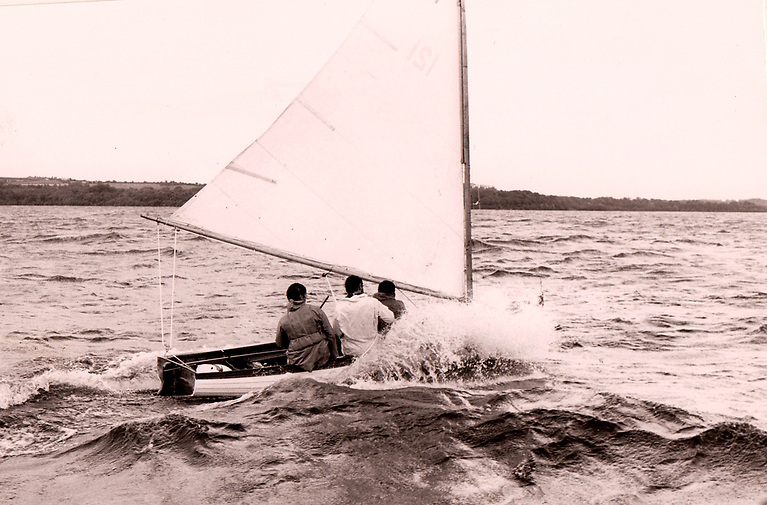 Boats of all leading classes were used, and in 1982 Dave Cummins of Sutton, piloted by Gordon Maguire and Mossie Shanahan, won the Shannon One Designs race at Dromineer. Photo: WM Nixon

This weekend, after a year of interruption induced by the pandemic, we are picking up the pieces in order to keep the golden thread intact while being fully aware that after an exceptionally lenient September, the first weekend of october indicates wind regimes which can be volatile and then some. We can only hope, and meanwhile Afloat.ie has reviewed the runners and runners here 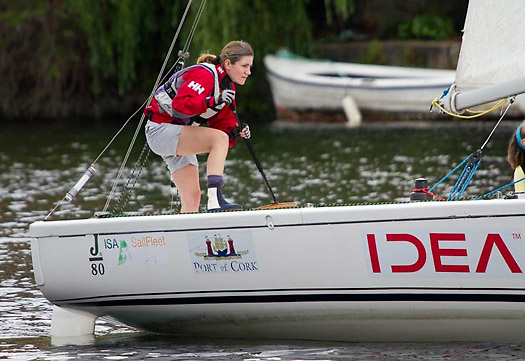 To date, there has been only one female winner, and that is Laura Dillon of Howth in 1996.

But in this year of all years, it behooves us to remember those who have come before us, since 1947, when Douglas Heard, founding president of the Irish Dinghy Racing Association in 1946, presented the fledgling association with a great silver tray. for a Champion of Champions in 1947, and much to his embarrassment was the first winner, racing in the new IDRA 14s.

Since then other names have appeared at various stages of their successful sailing careers, other types of boats have been used and many different places have hosted an event which no doubt works because the Irish sailing community is particularly cohesive, and she – and the island it sails around – seem to be precisely the size that best suits a somewhat eccentric contest of this nature. 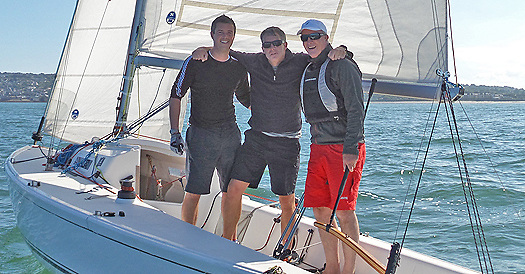 The winner in 2014 at Howth was Anthony O’Leary of Cork driving a J / 80 and piloted by Dylan Gannon and Dan O’Grady. Photo: Johnny Wormald 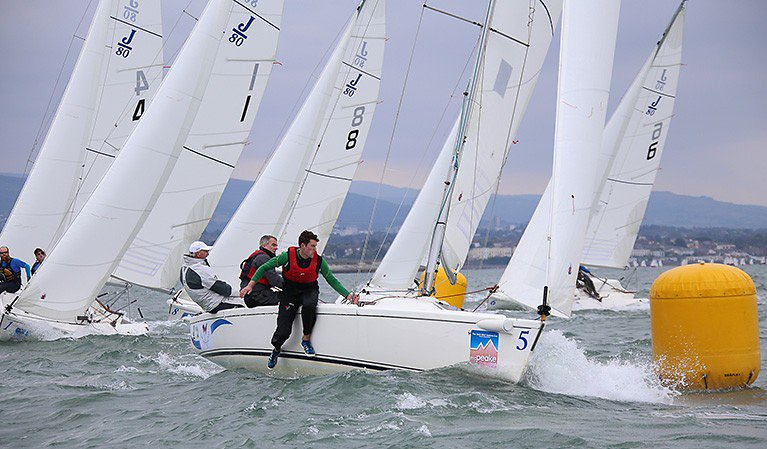 In 2015, Anthony O’Leary retained the title, driving J / 80s again, but this time in Dublin Bay at the National YC. Photo: Afloat.ie/David O’Brien

Inevitably you remember some victories better than others, and I thought Anthony O’Leary’s 2014 final victory over J / 80s at Howth was something very special, because it was the year where he led the Commodore’s Cup team to victory largely on his own. shoulders, and it is remarkable that at the end of the season he still finds something in store to win in a contest of such a different type.

Others will have their own favorite victories to contemplate in this long litany of exceptional sailors. It is a record of sailing feat that reverberates through the ages. And when the winner holds the board in the air, for a few seconds, the world truly comes to a stop as we contemplate the wonders of Irish sailing. 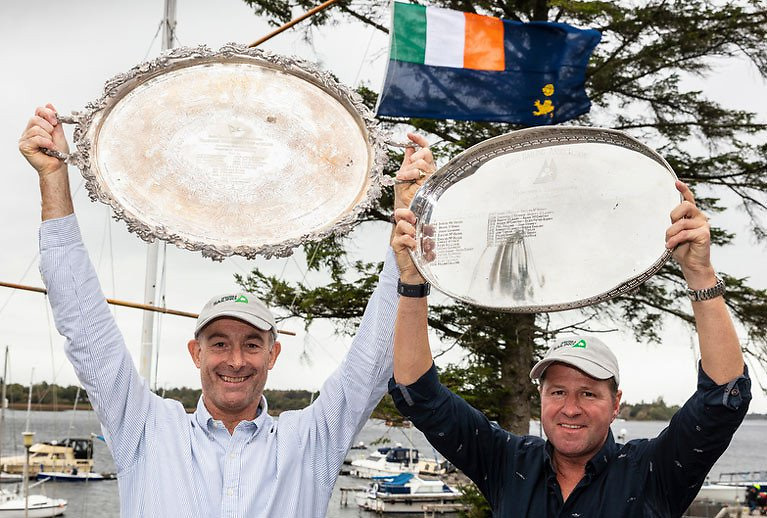