Surfer bird! Seagull lands on the back of a whale for a short break before plunging back into the waves in stunning footage

By Darren Boyle For MailOnline

A photographer captured the moment a seagull landed on the back of a whale.

In Hihn’s video, a seagull is seen landing on the back of a southern right whale and hitchhiking on the huge animal. 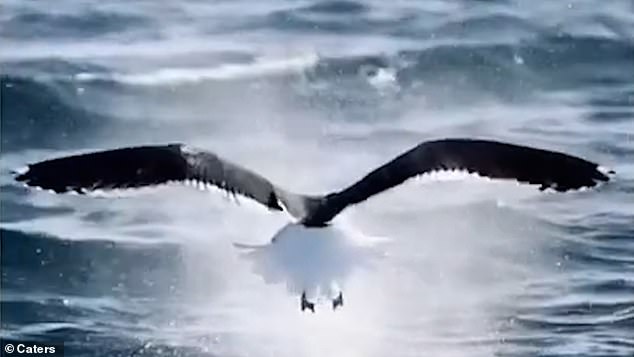 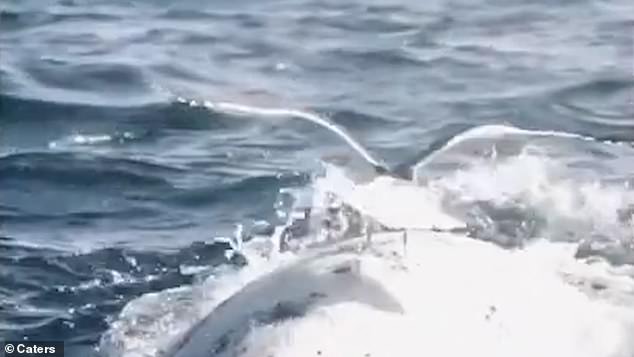 The seagull can see the great whale approaching the surface for a breath of air.

When the giant mammal breaches the surface, it shoots water through its vent, nearly hitting the hiding seagull.

The seagull takes the opportunity offered by the whale to land on its back.

Unfortunately for the seagull, having filled its lungs with air, the whale sank gracefully below the surface.

The video has gone viral online with thousands of views.

One user commented on the video saying, “It’s beautiful”. 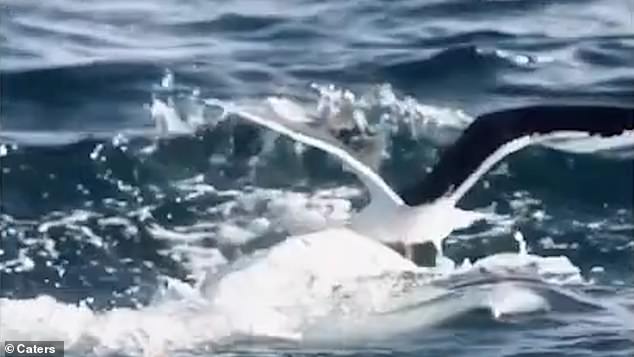 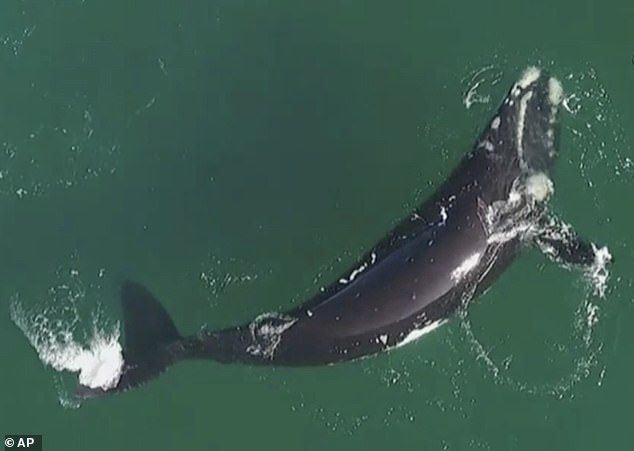 The southern right whale is a species of baleen whale that was once hunted to the brink of extinction by humans.

Hunting for ocean giants was banned in 1935, but illegal whaling operations in Russia continued until the late 1970s.

Whales are slow swimmers and naturally full of fat, oil, meat, and baleen (whalebone), all combined to make them prime targets for whalers.

Southern right whales inhabit the entire southern hemisphere of the Earth and migrate to warmer waters each year to breed, often off the coasts of South America, South Africa, Australia. and New Zealand.

Their body is predominantly black with white patches on the belly and chin, and they lift their huge tails out of the water when they begin to dive below the surface.