All photos courtesy of Kristina Libby

In the challenge of something dangerous, unexplored, and new, we can remind ourselves that we are strong, that we are able, and that we are better than anything that has held us back.

In the summer of 2019, I fell 10 feet from the sky and smashed my head against the hard sand dunes of Plumb Beach in Brooklyn. The infamous kite-surfing beach adjoins the busy Belt Parkway and my kite-surfing mistake gave me two choices: risk being run over or let go of the kite. The choice of release spared me the severity of crushed bones, but left me with traumatic brain injury and a doctor-imposed quarantine exile months before the rest of the world was locked up. The cure for the brain injury was rest, social distancing with minimal stimuli. Still, secluded rest brought its own trauma, and as I recovered I thirsted for anything that could make me feel alive, that’s how I found myself in March 2020 climbing a volcano in the Republic. Democratic Republic of the Congo with a dozen rangers, two foreigners, and the knowledge that most of the volcanic surveillance equipment had been stolen by rebel armies.

Mount Nyiragongo, one of the four active lava lakes in the world, is not easily accessible. Both routes there require difficult trips from the United States and flights to the DRC or Rwanda, a mixture of vaccinations and, according to a harshly drafted page on the State Department’s website, a will prepared beforehand. visit. After landing in Kigali, coordinate a taxi to the border for early check-in before a military escort through bullet-riddled Goma – stopping once to check for illegal weapons and once for Ebola. After so many months of a hobbit-like existence, these obstacles have acted like decoys.

Continue reading the article after our video 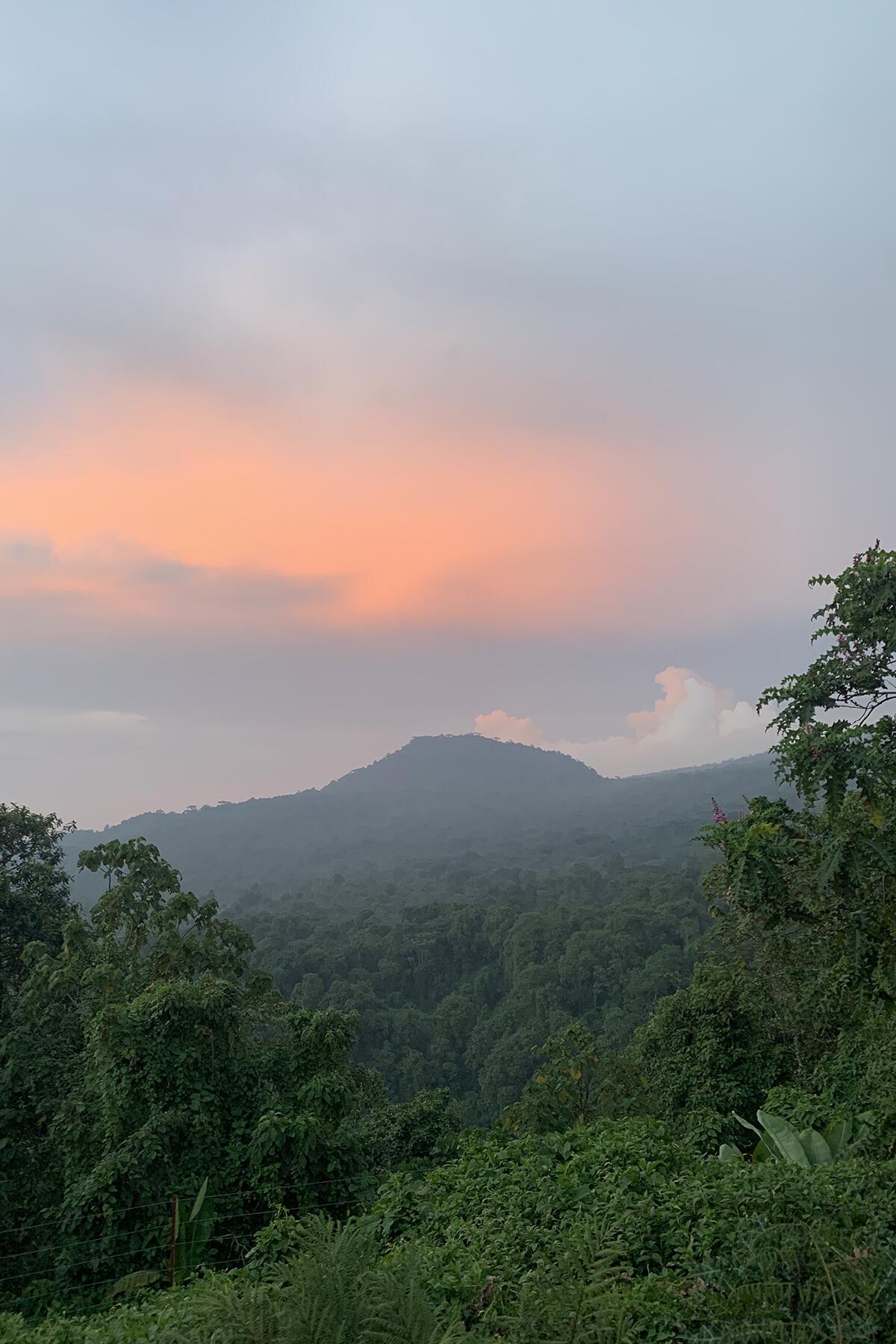 Yet as I jumped out of the open-top military convoy, dressed in my hiking boots, with Robert and Igor – two solo travelers who were also scheduled for the trek – and nearly a dozen soldiers carrying machine guns, I wondered if the hiking was really the next step in my recovery. The day before, during a dinner at a rustic but elegant lodge led by the government where we had walked with gorillas and spent the night in safari tents, I learned that most of the equipment that was used to monitor the activity of the volcano had been stolen by rebel armies who were camping on the nearby mountain, that the soldiers who accompanied us were there to prevent armed attacks, and that the two mountains were responsible for 40% of volcanic eruptions in Africa. Since the 1980s, Nyiragongo has erupted 35 times. It is without a doubt one of the most dangerous volcanic mountains in the world. If the lava doesn’t reach you, something else might be.

We drove to the top, fear mixed with excitement. We have covered five types of terrain. Crossing the most recent eruption site where, in 2002, lava rushed towards Goma: 250 people died, a quarter of the city was destroyed, and hundreds of thousands fled. We still had to go further until we reached the rocky boulders and finally the steep, treeless lava fields. Our small group made the hike faster than any group before us in just under four hours and ended up on top of the mountain looking for a boring smoke caldera.

“Is this this?” Igor asked, his disappointment evident. The neighboring chef smiled, shook his head, and resumed chopping the onions.

As the sun set, the volcano shook its veil of smoke and molton red lines made their way through the bowl. The temperature dropped and I sat for long periods in silence with two awestruck companions listening to the sound of destruction and rebirth. The lava shelves rose up against the wall of the volcano, collapsed, sank and melted. New shelves crashed again. Ruptures opened up over the entire surface. And the massive raw power of the earth resulted in a visual and aural cascade of fireworks.

While I was sitting there the world was rebuilt.

The chef who had climbed with us prepared the kind of feast you rarely eat on a hike: soup, main course and dessert. And the chance to sleep in one of the twelve huts on the edge of the volcano was a truly luxurious experience, which rivaled safaris despite the more physical work. In this case, the elaborate dinner seemed deserved. Still, we ate quickly, yearning to return to the volcano cusp. Every break to eat, to go to the bathroom, or to get another diaper was just a distraction from the most brutal act of power we have ever experienced.

Her condition was contagious, and the three of us fell asleep only because our tired and sore bodies could no longer support our heads. But, I woke up almost every hour, putting on my hiking boots and escaping from the cabin. It was hard to sleep when hundreds of thousands of tons of molten lava created a symphonic soundtrack for his dreams. I dreamed of Middle-earth (predictable) but I dreamed of possibility. Watching a mountain rebuild itself with material dredged from the very heart of the Earth was proof that almost anything is possible.

Around 5 a.m., as I sat on the edge of a volcano with a steaming cup of tea in my gloved hands, I realized that sometimes the road to recovery isn’t exactly what the doctor ordered. Eyes heavy, I looked at the raw power of the world around me and smiled as Robert stepped out of the fog to sit on my ledge. Sleeping eyes and disheveled hair, he too had been drawn to the power of the mountain again.

” You feel well ? ” he asked me. I smiled as I walked over to make room for him on the lonely bench. For the first time in a long time, I responded enthusiastically.

“Honestly, I have never been so good.

And, it was true. For the first time since my brain swelled and I couldn’t be touched by a human without crying, I felt myself: a raw, powerful figure who had the ability to rebuild himself over and over and over again.

Sometimes travel is the remedy we all need to let go of the long arms of isolation and let go of the drudgery of our existence. In the challenge of something dangerous, unexplored, and new, we can remind ourselves that we are strong, that we are able, and that we are better than anything that has held us back.